Information technology is a vast field and comprises software, hardware, programming jobs and web designing among other activities. The success of Indian firms and professionals in the information technology (IT) arena during the last decade has been spectacular. The growth of the IT sector in India symbolizes the potential of Indian industry to perform at world-class standards. Information Technology has good scope with people entering it from any point and in any of it’s hugely-varying sectors, is truly mind boggling. Entries can be made as programmers, systems analysts, web developer, E- commerce specialists, etc. The IT Smart Course combines the various distinguishing features that help people to bring a revolutionary change in their life ,through personal computers. The course has been designed with two objectives in mind, to make you computer friendly and to provide you with a working knowledge of the various office Automation Tools. The course content has been designed keeping in mind the current industry requirements.

The very beginning of course is related to computers and Information Technology basics. It comprises the start-up level knowledge for a beginner in the computer field.

Some of the new features included in Windows 7 are advancements in touch, speech, and handwriting recognition, support for virtual hard disks, support for additional file formats, improved performance on multi-core processors, improved boot performance, and kernel improvements. operating system gives platform to execute Application Software. Provides a Standard Interface between a program and hardware & Manages System Resource for all running programs.The taskbar has seen the biggest visual changes, where the Quick Launch toolbar has been replaced with the ability to pin applications to the taskbar. Buttons for pinned applications are integrated with the task buttons. These buttons also enable the Jump Lists feature to allow easy access to common tasks. The revamped taskbar also allows the reordering of taskbar buttons. To the far right of the system clock is a small rectangular button that serves as the Show desktop icon. Windows 7 is available in six different editions, but only the Home Premium, Professional, and Ultimate editions are available for retail sale to consumers in most countries. A better desktop, Smarter search, Easy sharing with HomeGroup, Built for speed,Better wireless networking,Windows TouchPlays well with devices, Media streaming, Internet Explorer 9 and Windows Live, Nag-free notifications are the key factor to use windows 7.

It is best suited for Scientific , Statistical & Financial Analysis as well as can store data & Manipulate It. Microsoft Excel is a commercial spreadsheet application written and distributed by Microsoft for Microsoft Windows and Mac OS X. It features calculation, graphing tools, pivot tables, and a macro programming language called Visual Basic for Applications. It has been a very widely applied spreadsheet for these platforms, especially since version 5 in 1993, and it has almost completely replaced Lotus 1-2-3 as the industry standard for spreadsheets. Excel forms part of Microsoft Office. The current versions are 2010 for Microsoft Windows and 2011 for Mac OS X.Microsoft Excel has the basic features of all spreadsheets, using a grid of cells arranged in numbered rows and letter-named columns to organize data manipulations like arithmetic operations. It has a battery of supplied functions to answer statistical, engineering and financial needs. In addition, it can display data as line graphs, histograms and charts, and with a very limited three-dimensional graphical display. It allows sectioning of data to view its dependencies on various factors from different perspectives (using pivot tables and the scenario manager. And it has a programming aspect, Visual Basic for Applications, allowing the user to employ a wide variety of numerical methods, for example, for solving differential equations of mathematical physics.

PowerPoint is used by business people, educators, students, and trainers to Presents the new Products & Planning. Microsoft PowerPoint 2007 gives you more ways to create and share dynamic presentations with your audience than ever before. Exciting new audio and visual capabilities help you tell a crisp, cinematic story that’s as easy to create as it is powerful to watch. In addition, PowerPoint 2007 enables you to work simultaneously with other people or post your presentation online and access it from virtually anywhere using the Web or your smartphone. Embed and edit video from within PowerPoint. Now you can add fades, formatting effects, bookmark scenes, and trim videos to give your presentations a professional multimedia experience. And since the embedded videos become part of your PowerPoint presentation, you don’t have to manage additional files when sharing with others. Use new co-authoring capabilities to edit the same presentation, at the same time, with people in different locations. You can even communicate as you work, directly from PowerPoint

Introduction to Internet and Email

Internet is Backbone of Every Task. The Internet, a global network of networks connecting millions of computers and computer users, is a relatively new resource for educators. Internet is serving as an aid to communication and to the storage and retrieval of information. The term the Internet, when referring to the entire global system of IP networks, has been treated as a proper noun and written with an initial capital letter. In the media and popular culture a trend has also developed to regard it as a generic term or common noun and thus write it as “the internet”, without capitalization. Some guides specify that the word should be capitalized as a noun but not capitalized as an adjective.The Internet is a global system of interconnecting computer networks that use the standard Internet Protocol Suite (TCP/IP) to serve billions of users worldwide. It is a network of networks that consists of millions of private, public, academic, business, and government networks, of local to global scope, that are linked by a broad array of electronic, wireless and optical networking technologies. The Internet carries a vast range of information resources and services, and multimedia content such as the inter-linked hypertext documents of the World Wide Web (WWW) and the infrastructure to support electronic mail. Most traditional communications media including telephone, music, film, and television are reshaped or redefined by the Internet, giving birth to new services such as Voice over Internet Protocol (VoIP) and IPTV. Newspaper, book and other print publishing are adapting to Web site technology , or are reshaped into blogging and web feeds. The Internet has enabled or accelerated new forms of human interactions through instant messaging, Internet forums, and social networking. Online shopping has boomed both for major retail outlets and small artisans and traders. Business-to-business and financial services on the Internet affect supply chains across entire industries. Internet Service Providers or( ISP ) make use of these protocols in E-mail, Usenet newsgroups, file sharing, the World Wide Web, Gopher, session access, WAIS, finger, IRC.Of these, e-mail and the World Wide Web are clearly the most used, and many other services are built upon them, such as mailing lists and web logs. The Internet makes it possible to provide real-time services such as web radio and web casts that can be accessed from anywhere in the world.

Visible database Management language offer many benefits to the user. XML is fully compatible with applications like JAVA. XML is an extremely portable language to the extent that it can be used on large networks with multiple platforms like the internet, and it can be used on handhelds or palmtops or PDAs.XML is not a replacement for HTML.XML and HTML were designed with different goals: XML was designed to transport and store data, with focus on what data is HTML was designed to display data, with focus on how data looks. HTML is about displaying information, while XML is about carrying information. Extensible Markup Language (XML) is a set of rules for encoding documents in machine-readable form. It is defined in the XML 1.0 Specification produced by the W3C, and several other related specifications, all gratis open standards. The design goals of XML emphasize simplicity, generality, and usability over the Internet.[6] It is a textual data format with strong support via Unicode for the languages of the world. Although the design of XML focuses on documents, it is widely used for the representation of arbitrary data structures, for example in web services. Many application programming interfaces (APIs) have been developed that software developers use to process XML data, and several schema systems exist to aid in the definition of XML-based languages

It gives dynamic effect to webpage & make website Active. JavaScript is Netscape’s cross-platform, object-based scripting language for client and server applications.Using JavaScript, you can create Dynamic HTML pages that process user input and maintain persistent data using special objects, files, and relational databases. (Client side Scripting Language) Not to be confused with Java (programming language). JavaScript is a prototype-based scripting language that is dynamic, weakly typed and has first-class functions. It is a multi-paradigm language, supporting object-oriented,[6] imperative, and functional[1][7] programming styles. JavaScript is an implementation of the ECMAScript language standard and is primarily used in the form of client-side JavaScript, implemented as part of a Web browser in order to provide enhanced user interfaces and dynamic websites. This enables programmatic access to computational objects within a host environment . JavaScript’s use in applications outside Web pages for example in PDF documents, site-specific browsers, and desktop widgets is also significant. Newer and faster JavaScript VMs and frameworks built upon them (notably Node.js) have also increased the popularity of JavaScript for server-side web applications. JavaScript uses syntax influenced by that of C. JavaScript copies many names and naming conventions from Java, but the two languages are otherwise unrelated and have very different semantics. The key design principles within JavaScript are taken from the Self and Scheme programming languages.

It works on server page & make website . Active Microsoft introduced ASP with Windows NT Server 4 as the convention for dynamic Web applications .PHP is an open source server-side scripting language that is very similar in syntax to C languages (server side Scripting Language)PHP is a powerful tool for making dynamic and interactive Web pages PHP is the widely-used, free, and efficient alternative to competitors such as Microsoft’s ASP .PHP is a general-purpose server-side scripting language originally designed for web development to produce dynamic web pages. For this purpose, PHP code is embedded into the HTML source document and interpreted by a web server with a PHP processor module, which generates the web page document. It also has evolved to include a command-line interface capability and can be used in standalone graphical applications. PHP can be deployed on most web servers and as a standalone interpreter, on almost every operating system and platform free of charge.Active Server Pages (ASP), also known as Classic ASP or ASP Classic, was Microsoft’s first server-side script-engine for dynamically-generated web pages. Initially released as an add-on to Internet Information Services (IIS) via the Windows NT 4.0 Option Pack (ca 1998), it was subsequently included as a free component of Windows Server (since the initial release of Windows 2000 Server). ASP.NET has superseded ASP. ASP 2.0 provided six built-in objects: Application, ASPError, Request, Response, Server, and Session. Session, for example, represents a cookie-based session that maintains the state of variables from page to page. 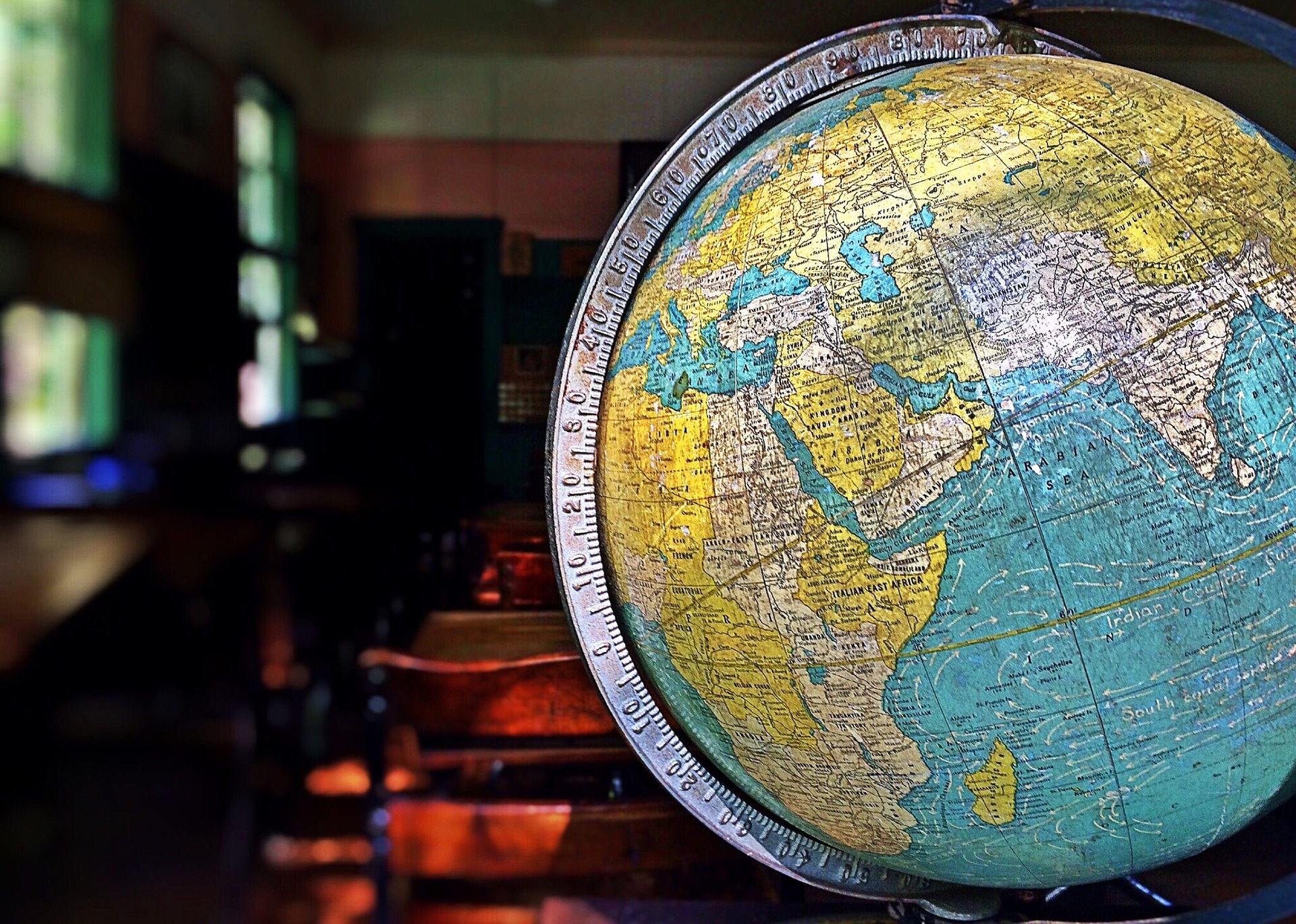 Be A Part Of Apll